A 100-kilometer ultramarathon that follows a mountain terrain and starts at midnight. This may sound like a tough task but that didn’t stop Angel Kanchev, CEO of BRIGHT, from taking on the challenge. He successfully completed the Vitosha 100 endurance run – a famous ultramarathon that takes place in the Vitosha mountain near Sofia – for 18 hours on June 19 – 20.

Angel has been passionate about mountaineering for quite some time and has climbed some of the tallest mountains in Europe, including Montblanc, Monterosa, and the highest peaks in Bulgaria. He began running as a way to prepare for mountain climbing and at some point had the idea to combine the two disciplines. “Vitosha 100 was one of the first things on my list. It is emblematic of trail running in Bulgaria and quite close to us in Sofia,” Angel said. 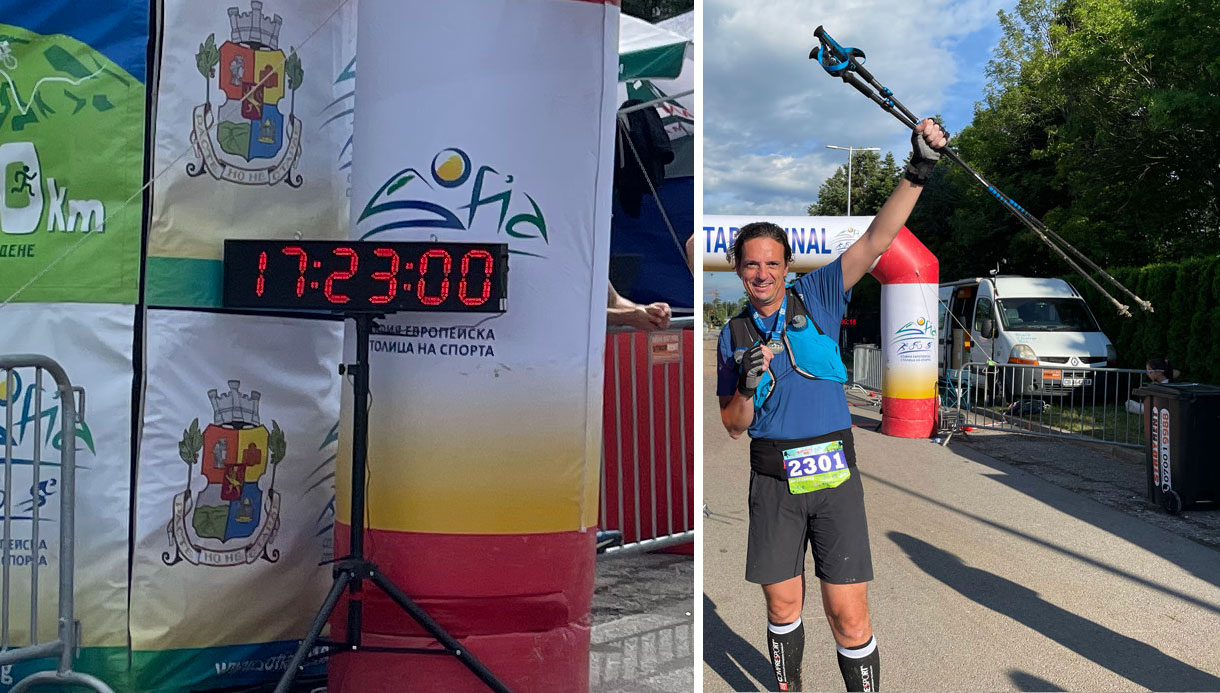 “Оne of the challenges of the competition is that it starts at an hour that is not typical for the biological clock,” Angel said. “Control time is 20 hours, however, we did it for 18. The organizers said this was the toughest Vitosha 100 in the history of the competition. The one with the toughest weather conditions.” The heavy rains before the start of the ultramarathon led to a muddy terrain that made running at a steady pace much harder. However, Angel said he believes it’s the mental rather than the physical component of the run that is more challenging to people. “А competition that takes more than 10 hours requires mental resilience, planning, tactics, and persistence,” he said.

A firm believer in the benefits of sport, Angel has introduced many sports activities at BRIGHT. We play soccer, volleyball, and basketball together, take advantage of Multisport cards, and participate in running competitions as a team. During the summer months, we climb Vitosha’s highest peak Cherni Vrah every Tuesday after work.

BRIGHT has also been sponsoring the Mountain Rescue Service for many years. “We believe that those people who are volunteers and help everyone in need deserve our support,” said Angel.

“To me, sport is important because a person is not just his or her career, one needs other challenges as well. I found this challenge in sport and mountains in all kinds of formats: be it mountaineering, hiking, skiing, or running. These are all things that keep me alive.”

Given the difficulty of the Vitosha 100 ultramarathon, Angel said once they’ve completed it, many people say they would not do it again. “This was not the case with me because I was well prepared physically and mentally,” he said. What is more, Angel has already planned several other marathons in Bulgaria and is getting ready to participate in one of the world’s top five marathons: the New York City Marathon in November this year.

Do you think BRIGHT is the right place for you? Check our Career page to learn about the job opportunities we offer at the moment. 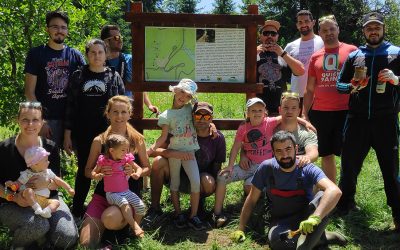 On a sunny July morning, several BRIGHT employees and their families set out on a mission to restore Yavorova meadow, a part of Vitosha Nature Park. This action is an initiative of BRIGHT’s Charity Committee, which aims to support our community, create a positive impact in the world and help preserve nature.

END_OF_DOCUMENT_TOKEN_TO_BE_REPLACED 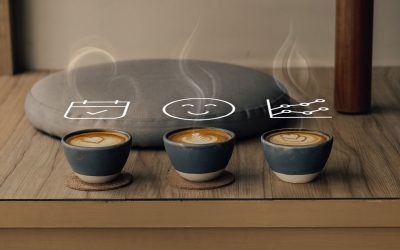